Cygnett's smooth upgrade to SAP Business One and HighJump WMS

For many ERP users, an upgrade can be a process as fraught as the original implementation. That wasn’t the case for Melbourne-headquartered technology products and accessories company Cygnett. Thanks to careful planning and targeted support from Cloud Factory Technology Partners, its upgrade to the most recent version of SAP’s Business One enterprise resource planning (ERP) solution was, in the words of Cygnett’s supply chain manager, as easy as installing a new desktop computer. And that was even as the company simultaneously upgraded its SAP-integrated HighJump Warehouse Management system.

Founded in 2003 by brother and sister team Tim and Sophie Swann, Cygnett positioned itself ideally to take advantage of the growing market for digital accessories. Initially, the siblings recognised an opportunity to provide quality and stylish phone cases; today, Cygnett products are sold in over 200,000 retail outlets through 42 countries. The range includes over 100 digital accessory products, including cables, chargers, cases and a full range of Power Banks.

Based in Melbourne the business has a team of passionate design and quality-driven experts who strive to ensure every Cygnett product is beautifully crafted, packaged and delivered to customers.

Have a look at the case study video for an overview of their success. 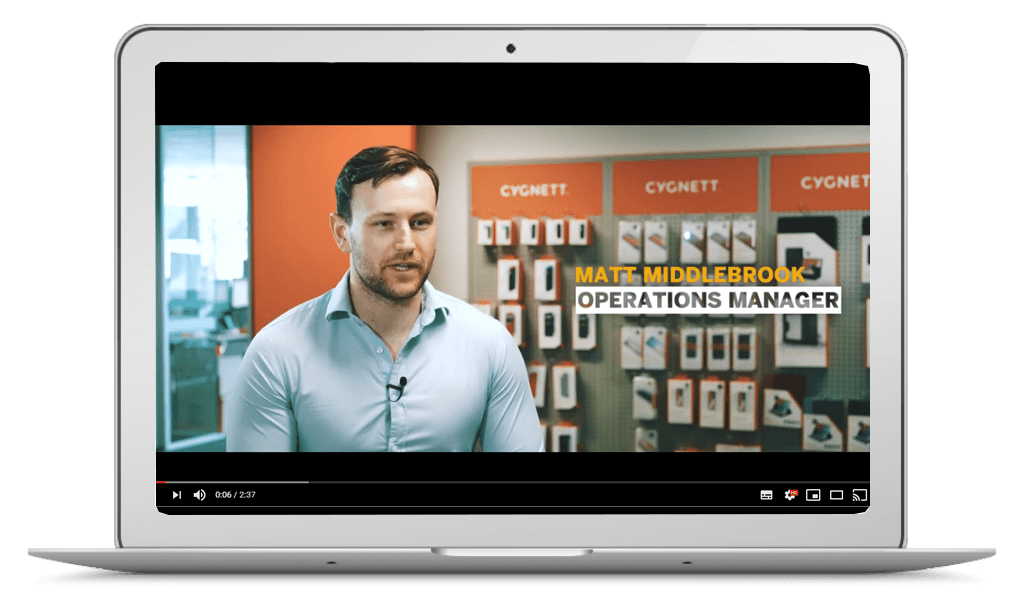 Supply chain manager Matt Middlebrook points out that the company has sophisticated requirements from its business software systems. “We operate around the world, with locations and databases in the United Kingdom, the USA, Hong Kong and locally, and manufacturing in Southern China. We have multiple currencies and multiple locations and the databases run in tandem; that is a bit unique and that does present a challenge for the upgrade process.”

The primary justification for the upgrade process was to take advantage of new features in the most recent version of SAP’s Business One solution; “We wanted to benefit from numerous improvements and updates in the SAP Business One 9.2 version of the software. At the same time, we had several other justifications, such as eliminating outdated programs which were in use but not compatible with the new software – this gave impetus to retiring those parts of the environment in favour of more modern solutions,” says Middlebrook.

This meant the necessity for time invested in preparation to move away from the old systems and integrations to the new ones – some five months were spent on preparations and planning to rationalise the organisation’s technology environment. Middlebrook notes that this highlights the need to approach an upgrade with a diligent mindset while thoroughly understanding every aspect of the technology and business landscape.

Asked if he sees an upgrade as an onerous exercise, Middlebrook has a somewhat surprising answer: “No, not really. The upgrade itself is quite straightforward – but the trick is to invest your time, energy and attention into the preparation and the testing. After all, the software itself is used and tested by many other companies around the world, so in theory, it should just work.”

He even goes as far as comparing it with the installation of an operating system on a new PC. “The only areas where you might want to focus attention is on customisations; you need to be sure that those will work with the newer version you are upgrading to.”

Another factor that Middlebrook cites as valuable in a successful upgrade is the experience. “We’ve been using Business One for nearly a decade, so we’ve done this before. By keeping a checklist of everything which had to be evaluated, checked and considered for the previous upgrade, we knew what to look for and we knew what, in our environment, had changed since then.” He says meticulous record-keeping of all transactions and reports that the business uses, for each and every department, with updates for every new initiative, helped ease the process. “That meant we knew what to check and verify. Most critical is finance and the accounting team, so we started there, then worked through each department; we don’t do anything that is revolutionary, so doing this is quite obvious.” Experience also meant Middlebrook and his team knew where to focus their efforts. “The biggest issue, especially with testing, is getting people to do what they need to do. You do need to encourage folk to take the time to test as they are busy and will put it off."

“While you may think 5 weeks or whatever is heaps of time, the deadline creeps closer and before you know it, the upgrade is happening.”

Communication and reinforcement, therefore, are essential. “Constantly be on it and be clear across the business about why, when and how the upgrade will be done. And make sure that everyone, especially customers and suppliers, knows that when it happens, there will be a planned outage which will affect the normal operation of the business. Even if it goes well, expect interruption and plan for it.”

Incredibly, Middlebrook says the actual software implementation component of the company’s upgrade took just two days. “Aside from the planning for retiring older systems and integrations which took a good few months, the dedicated planning for the upgrade spanned maybe four to six weeks.

But putting in the software itself just wasn’t all that complex,” he relates. Which isn’t to say there weren’t teething problems – but these were minor. “Things like a network printer which stopped working, and other minor details that weren’t 100 percent – but the SAP software itself, well that was flawless.”

He has praise for the company’s technology partner, Cloud Factory: “Professionally, they were very good,” he relates. “Once we had the upgrade locked in, the guys were here and knocked over a whole lot of stuff in those two days.” And Cloud Factory director Simon Bishop describes Cygnett’s approach to the upgrade as ‘a textbook example’.

“Success and a smooth upgrade depend on three crucial things: Test, Test and Test again.”

While Matt has made it sound easy Cygnett has demonstrated that the magic is in the way the upgrade is handled – and this one was comprehensive, also bringing in HighJump Warehousing.”

Bishop adds that a long association between the companies resulted in actively working together to ensure ease of upgrade. “As Matt observes, this is a tried and tested system throughout the world – but each client has unique setup, with the testing and final authorisation to migrate at the client’s discretion. When the client makes the effort like Cygnett did, it makes for an easy job.”

With the new system in place, benefits include improved electronic document exchange for more efficient workflows, while Middlebrook says Cygnett is also able to introduce a Shopify integration for ecommerce sales through its website. “We’re also creating a B2B reseller portal – nothing that other businesses don’t have, but it is new for us.”
Just how confident was Middlebrook in the success of the project that he went on a long holiday shortly after completion. “And,” he adds, “I didn’t have a single call about the upgrade whilst away.”

"The upgrade itself is quite straightforward – but the trick is to invest your time, energy and attention into the preparation and the testing. We wanted to benefit from numerous improvements and updates in the 9.2 version of the software. At the same time, we had several other justifications, such as eliminating outdated programs which were not compatible. While you may think 5 weeks or whatever is heaps of time, the deadline creeps closer and before you know it, the upgrade is happening. Professionally, Cloud Factory's team was very good. Once we had the upgrade locked in, the guys were here and knocked over a whole lot of stuff in just two days. The implementation took place while I went away for a long holiday. However, Cloud Factory took care of the launch so well I didn’t have a single call about the upgrade whilst away.”